The purpose of this website is to offer a review about Aubit Freeway as well as stats such as number of users, Assets under management, tools etc.

This website is NOT in any way associated, paid by, developed, designed, or whatever by Freeway. Full disclosure, I am invested in FWT and use their supercharger for around 1 year and I sure enjoy the rewards.

Hope it helps though!

Here you get data regarding the supply and staked token percentage. Currently above 85%, pretty impressive!

Freeway advertise between 15% and 30% APY on the staking of the FWT token. Let’s deep dive and track the return for 1 million of FWT staked on the platform. Keep in mind that you can chose in which supercharger you can receive your rewards (BTC – ETH – USD etc..). Please note that the APY varies depending on the token value.

Data is courtesy of Leo, so thanks to him for tracking and sharing it!

Here you can find Freeway’s Assets Under Management (AUM) breakdown.

AUM Breakdown Per Asset Over Time

Here we track the percentage of each supercharger over time. Please note that for readability, only assets that representes over 2% of the total SC are displayed. ADA – AUD – DOT – GOLD – CAD & BNB are not in the chart.

By registering with my referal link, you get 2% extra rewards! 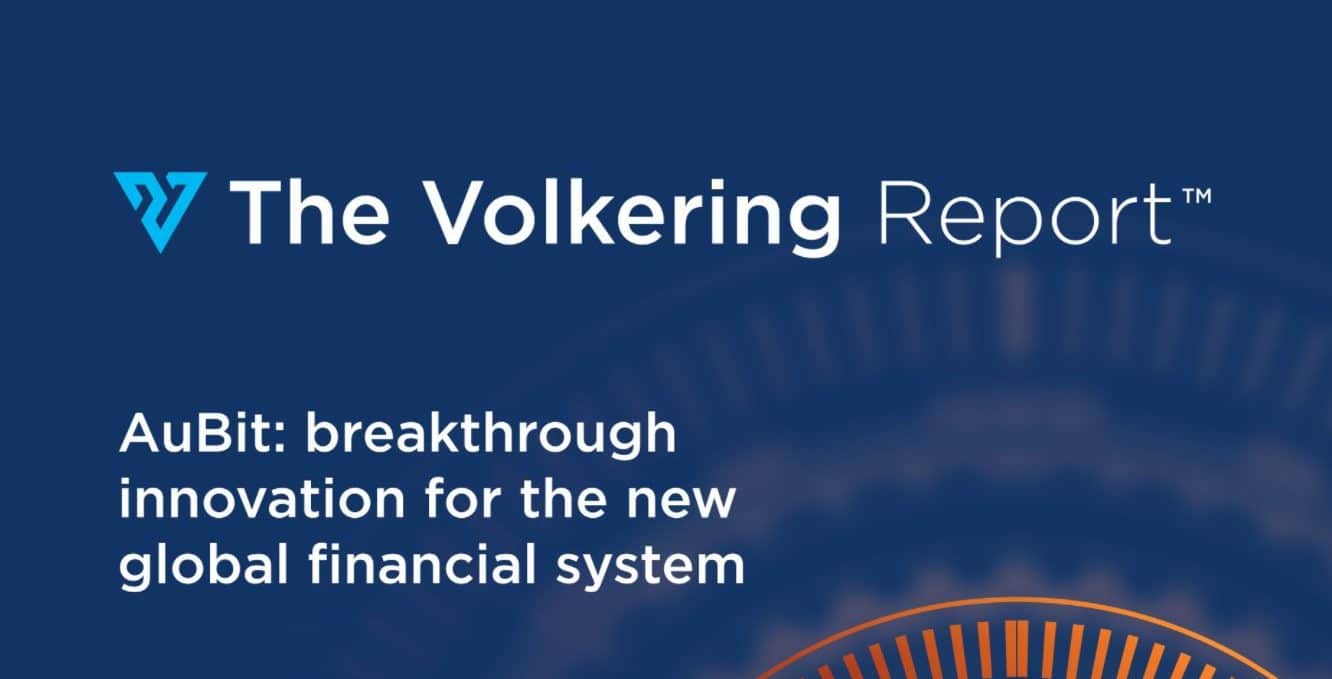 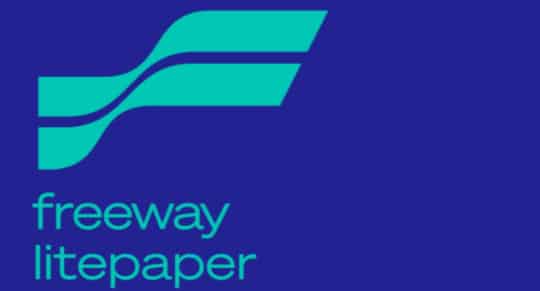 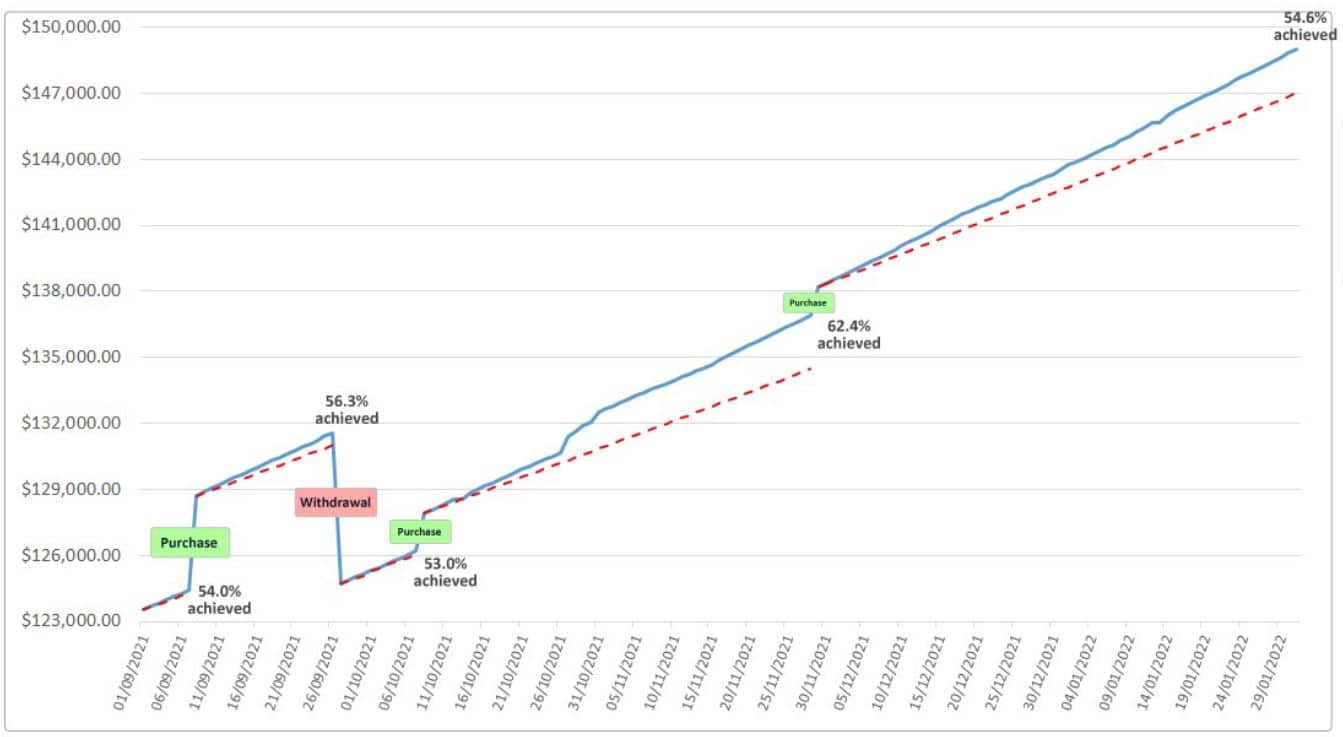 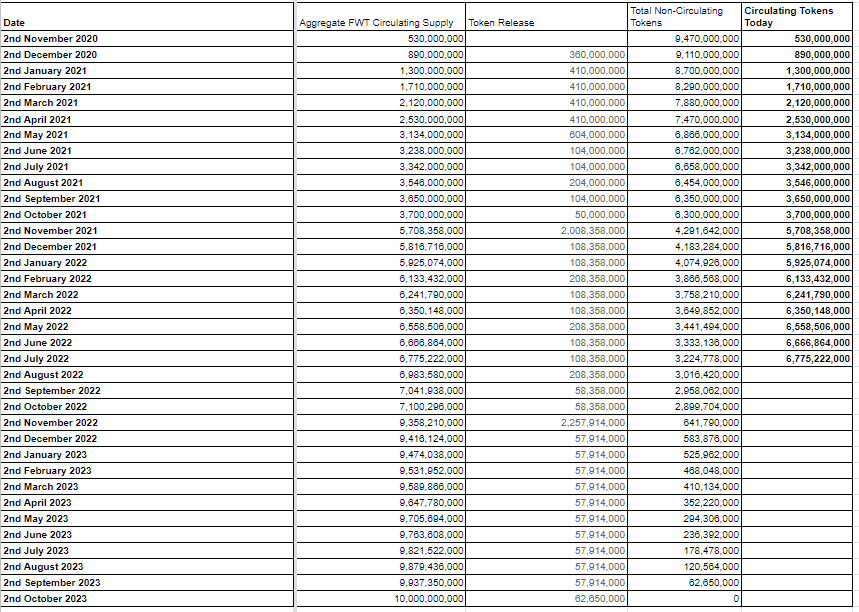 The Future of FWT Token Utility 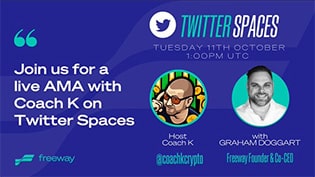 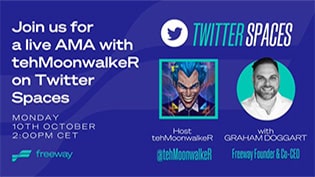 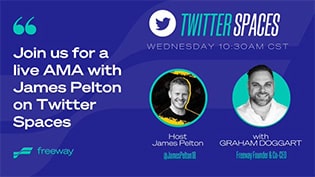 43% is not enough? I agree! Register with my referal link, and get 2% extra rewards!

As the same questions are asked again and again on the Telegram, here’s a summary of the most frequent ones. Hope this save the top notch team of community managers from Freeway from hanging themselves.

Is Freeway safe and legit?

That’s the million dollar question, and you’re right to ask, as, as they say, DYOR!

I won’t answer by yes or no, but I’ll present cold hard facts that I researched over the last year.

1 – The founders and team

The first thing I looked for was of course if the team is doxxed. They are and are actually as transparent as one can be. The founding team include Graham Doggart, Sadie Hutton and Peter Neilson. Some users met them at AIBC Malta, they are putting their face out everywhere, doing videos AMAs with several youtubers and so on.

Ok I hear you say “that’s great, they are public, but no one knows them”… True, and that’s where things starts to be interesting. You can find in the litepaper that their CIO is Joel Krueger, who managed a $75 billion fund for insurance company Prudential. Other key team member is Daniel Lacalle, a PHD, best selling author.

The two key points from this is that, one, I wish these guys used my referal link so I could retire immediately, and two, these are not the kind of people who would put their reputation on the line for a quick buck.

You can check the rest of the team in the litepaper, including former employees from NASA, Danone, Barclays…

Several well known and trusted faces from the crypto space are using Freeway’s supercharger, including Jeff Kirdeikis, Coach K, and Jayconomics. Some projects start to use them to place part of their treasury, such as Arcadia and Origin.

These guys have around or above of $1m in supercharger each. My guess is that they don’t throw this kind of money around without due diligence.

Last but not least, Freeway received a $3.2m investment from Greenbank. You can check the press release here.

Vires in numeris as they say! Can they prove they generate the funds necessary to pay such high rewards? Well they’re working on it. An audit is underway by two different firms. They are looking to disclose the raw datas of all their last year trade, pending legal team approval, so that anyone can digg.

What we do know is that so far all users who tried to withdraw their funds, including me and all users known to date, got their fund in less than 24 hours, as advertised by the team. Withdrawals, like deposits, are not automated yet.

On top of that, they recently merged with a Greek prime broker, Ardu Prime, with a 20 years track record, renamed Aubit Prime. I guess this type of people also check carefully who they do business with.

A simple and very complexe question at the same time. Freeway’s goal is to democratize access to finance, they call it #accessforall.

Over the last year, many things have changed and are currently being revamped, so instead of writing a book about it, the best is to check the litepaper.

How can freeway generate such high apy?

Freeway has multiple revenue sources, the quant-trading of its own funds, the growth of its own assets that grow on every trade, and more.

Freeway chooses to redistribute revenues as rewards for users and expects to maintain the generous fixed APYs for as long as revenue sources allow.

Where can I buy Freeway FWT token?

You can purchase FWT tokens in the following exchanges:

Uniswap on the Ethereum Network

Pancakeswap on the Binance Smart Chain

Please note, if you are a US user you have to contact the team as externaly purchased FWT tokens can’t be use in the current system due to regulation limitations.

Also please out of security verify all links above in Coingecko FWT page.

How can I stay up to date on Freeway?

Good question, as things move fast for Freeway, it can be hard to keep up with the pace.

I strongly recommend the following:

Register to their weekly newsletter (Non US user)

Register to their weekly newsletter (For US user)

Register to their expert market insight newsletter as well.

Join their telegram, their CM team is second to none.

Read their weekly AMA. Every tuesday, Graham, the Co-CEO spend hours answering all and any questions you can have. You can find the archive here.

Are the rewards guaranteed?

There is no long-term guarantee of rewards and it would be irresponsible to claim otherwise.

Freeway rewards holders of Supercharger products with daily compounded rewards for as long as the revenues exist from the revenue sources to justify such rewards.

That means that the staking rewards could be lowered at any time, or even removed entirely.

That’s not something Freeway expect to happen, certainly not over the short-to-medium term, but the possibility exists nonetheless.

What about the referral program?

The referral work as follow. The person who refers receive 8% of the generated rewards of the refered users. For example, Satoshi refers Vitalik. Vitalik, who is still broke at that time, deposit $1000 in USD Supercharger. Vitalik receive 43% APY or $430. Satoshi gets 8% of this or $34,4 per year.

On top of that, Vitalik gets a 2% extra as well.

FYI, the referal rewards do not come from the refered user deposit, they are paid by Freeway marketing budget.

Also not that referals rewards are NOT multi levels. You do NOT receive rewards when your refered users refers other users.

Now that you know, not much reason to not use my referal link right? 😉

What are the fees?

There used to be a buy in / exit fees when purchasing and selling the superchargers, but they have been removed since early 2022.

Let's help each other!

This website is free and wasn’t paid by Freeway. If you want to help me continue updating, the best way is to register with my referal link. You’ll get 2% extra rewards as well!

Thanks for your support!

How can I thank you, sir?

How kind of you! Well since you insist you’re welcome to:

Use my referal link and make 2% extra on your side: here it is.

On BTC, no ape but I’ll be kind enough to accept a few sats as I know you whales have too many: bc1qfkyqqpmstkh88e926srgqvxvwytjfwcg087xw6

I hope this content helps, see you on the moon 😉